At the XV Internatinoal Tchaikovsky Competition, the Russian media compared his performances to those of Van Cliburn and dubbed him "the lyric hero of the competition" (Julia Bederova in Сноб Magazine).

Tetzloff has performed concerti with multiple orchestras in the United States, Russia, and the Republic of Georgia, and he gives annual recital tours in Belgium. Festival engagements have included the Northern Lights Music Festival, Grand Teton Music Festival, Beijing International Music Festival and Academy, the International Keyboard Institute and Festival, Mannes Sounds Festival, and the Young Artist World Piano Festival.
‍
Reed Tetzloff is an insightful proponent of complex and often neglected repertoire.  Ursula Oppens described his performance of Charles Ives’ masterpiece, the ‘Concord’ Sonata, as “one of the best I have ever heard of the piece,” hailing its “utter beauty and wild intensity.”

Tetzloff received career grants from the Center for Musical Excellence (CME) and from Charlotte White's Salon de Virtuosi. In reviewing his CME-sponsored debut solo album, Sounds of Transcendence, on the Romeo Records label, Patrick Rucker of Gramophone Magazine extolled his "refined touch," "rhetorical aptness," and "fervent rapture" in music of Franck and Scriabin, and compared his Griffes Sonata to that of Garrick Ohlsson. His second album, featuring piano works of Robert Schumann, was released in May 2021 on the Master Performers label.

Born in Minneapolis, Minnesota, Tetzloff began his studies with Dr. Paul Wirth. He earned his Bachelor's and Master's degrees at Mannes College in New York, studying at the legendary Upper West Side campus with Piano Department Chair Pavlina Dokovksa. Within his first year and a half of undergraduate study, he had won the school's two largest awards: the Concerto Competition and the Nadia Reisenberg Competition. 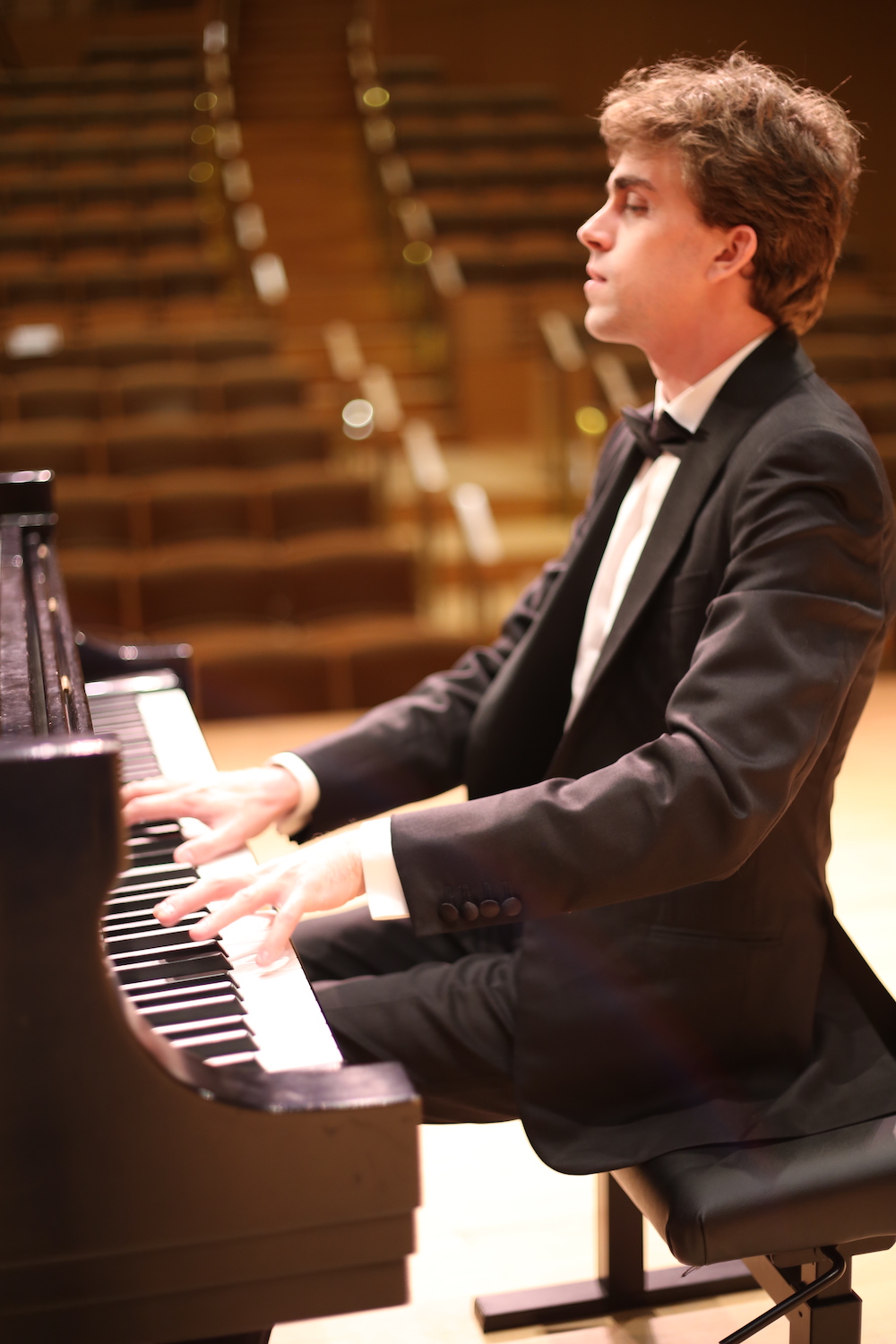